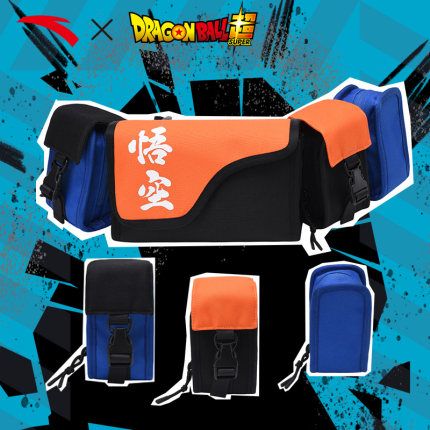 The Dragon Ball themed and branded products are one of the fastest selling products in the market owing to its massive popularity and the association of Anta as a reliable brand in the manufacturing of these products. When customer are looking to purchase products they are looking for quality, style and branding in varying degrees of preference. The Dragon Ball is one of the most popular and loved franchises in the world. Add the expertise, reliability and the professionalism of Anta and what you get is efficient as well as effective accessory products that are appreciated universally by the customers.

Anta is one of the biggest sports brands in China. The Anta did an acquisition of Fila thus making it the third biggest sports brand in the world. Anta has also signed various other athletes besides Klay Thompson which only further reinforces their brand. Anta manufactures various different sports accessory such as shoes and apparel amongst other stuff.

Anta has recently released KT5 basketball shoes and Anta KT 1 along with lifestyle wear and similar accessories using the most sophisticated tech as well as designer such as Robbie Fuller. The Anta sportswear products are not only popular in China but they are highly in demand all across the globe. Despite the financial investment for the deal with Klay Thompson, this collaboration has been a big success leading to the strengthening of their brand.

Brief history of the Dragon Ball

The Dragon Ball essentially documents the adventures of the protagonist, Son Goku, from the childhood all the way through to adulthood as he gets training in the martial arts. Son Goku spends his childhood away from the civilization when he meets the teen girl named Bulma who tells him to join her quest for exploration of the world in search of 7 orbs which are called the Dragon balls. Throughout his journey Goku makes multiple friends, becomes homely, discovers the alien heritage and to top it off battles multiple villains who are also seeking dragon balls.

The Toriyama’s manga was later adapted and divided in 2 anime series which were produced by Toel animation in the form of Dragon Ball and the Dragon Ball Z. These were telecast in Japan between 1986 and 1996. Beyond this the studio has also produced twenty animated feature films along with three television series and two sequel series of anime called Dragon Ball GT and Dragon Ball super.

Since its launch, the Dragon Ball has been one of the most successful and popular anime series and manga of all times. The manga has been sold in excess of 40 countries and the anime series has been broadcast in over 80 countries across the world. The Dragon Ball Z anime is amongst the most popular in the world and is considered as a vital part of increasing the popularity of Japanese anime in the western world. It had a significant impact as is evident through references by various athletes, artists, celebrities, musicians, writers and filmmakers globally.

The Dragon ball shoes and accessories from Anta

Anta x Dragon Ball Super Joint “GOKU Black” Fashion Schoolbag: The outdoor bags and backpacks have become very popular in the recent and thus this Dragon Ball themed backpack is a smart product offering from Anta. Even though it is an outdoor type of bag, this product is suitable for the daily outings or trips and it expertly integrates the original elements of the Dragon Ball. This bag is very convenient for daily usage and travelling plus it has got sufficient capacity as well as room to meet the requirements of the daily usage.