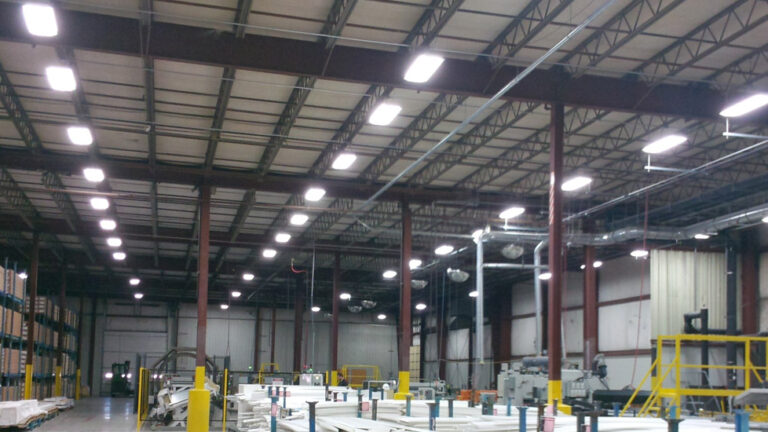 Visible light always plays a significant role in our day-to-day lives. It not only stimulates the light sense, but some light sources are also responsible for the continued existence of human beings. Historically speaking, humans counted on fire and sunlight to light their homes. Luckily, science put up the way for developments that have changed how the earth is lit up, at present.

One such extraordinary development is the LED [light emitting diode]. Standard bulbs and lamps contain gases that generate light. LED contains what is called a solid-state lighting component. Owing to this element, LED is regarded as the best and safest choice because it helps get rid of risks concerning high-pressure gases. This is why LED is now being suggested as the ideal light source, not only for a home purpose but for low and high bay areas too. High bay areas have high ceilings; often the ceilings are high as 25 feet or even more. Warehouses and stadiums are some examples. Metal halide lamps and fluorescent lamps were the ideal choices for the high bay areas. But, these sources tend to consume more power, which has resulted in the owner having to spend more money on the electric bill. Conversely, a 60 watt LED light can emit the same lumens amount when compared to a metal halide lamp of 400 watts. Though the original purchase cost of the LED high bay light is high when compared to metal halide, this light will prove to be more cost-effective, pretty soon, with its low maintenance costs and low power consumption advantages.

The longer life of the LED bulbs is in proportion to the maintenance costs. The normal bulbs are typically marketed to possess a lifespan of around 20,000 hours. However, LEDs, on the other hand, are known to offer nearly 50,000 hours. In reality, the LED lights are functional even over 50,000 hours, only with decreased brightness.

The high bay areas often need numerous lamps to be illuminated perfectly. The normal lamps produce heat and so using more of these lamps would only make the environment a warm place. The LED high bay light emits less heat output. This permits for maintained room temperature and also reduces the chances of hazards related to fire. The LED lights don’t flicker. Flickering is a common issue with typical lights. You can enjoy uniformity and better light distribution.

Even when placed outside, these lights will still produce better lighting effects when compared to typical light sources. Lamps that contain a combination of gases emit light pollution. On the contrary, the LED high bay lights produce a very natural effect that is easy on your eyes and illuminated the surrounding areas perfectly without causing any pollution in the area.

Finally, despite its costly initial charge, the continued use of the LED lights from https://www.adiding.com/ will show you that it is the best choice, not only in saving you money but also when it comes to safety concerns.